In Bergeijk, a village in the south of the Netherlands near the Belgian border, architect Gerrit Rietveld (1888-1964) designed a modernist house for the Van Daalen family. The Van Daalen house is situated along the edge of the forest of the former weaving factory De Ploeg. Rietveld designed the house for Roelof van Daalen, who was co-director of De Ploeg and furniture subsidiary 't Spectrum. The design dates from 1956 and the house was completed in 1958. The interior still has many typical and original Rietveld elements, including bedroom furniture, fitted wardrobes, carpeting in a striped pattern and a kitchen unit with receding drawers. Recurring detail is the cube-shaped transparent handle. The other furnishings date from the time when 't Spectrum produced well-known design classics.

Indoor-outdoor Experience
The Van Daalen house is a striking example of how Rietveld was able to blur the sharp boundary between interior and exterior. The contact with nature outside is optimized by narrow strips of glass between the roof and the wall. Each bedroom has its own outside door, which gave the children an enormous feeling of freedom. But above all, the large square windows of the living room offer a beautiful view of the garden designed by landscape designer Mien Ruys (1904-1999).

Visit
Every first Friday of the month from April-November the house can be visited via a guided tour. The tour starts at the entrance of the National Monument De Ploeg (Riethovensedijk 20 in Bergeijk). The maximum number of participants is 8. The tour is currently in Dutch. From 2023, the tour will also be offered in English. Get your ticket here. 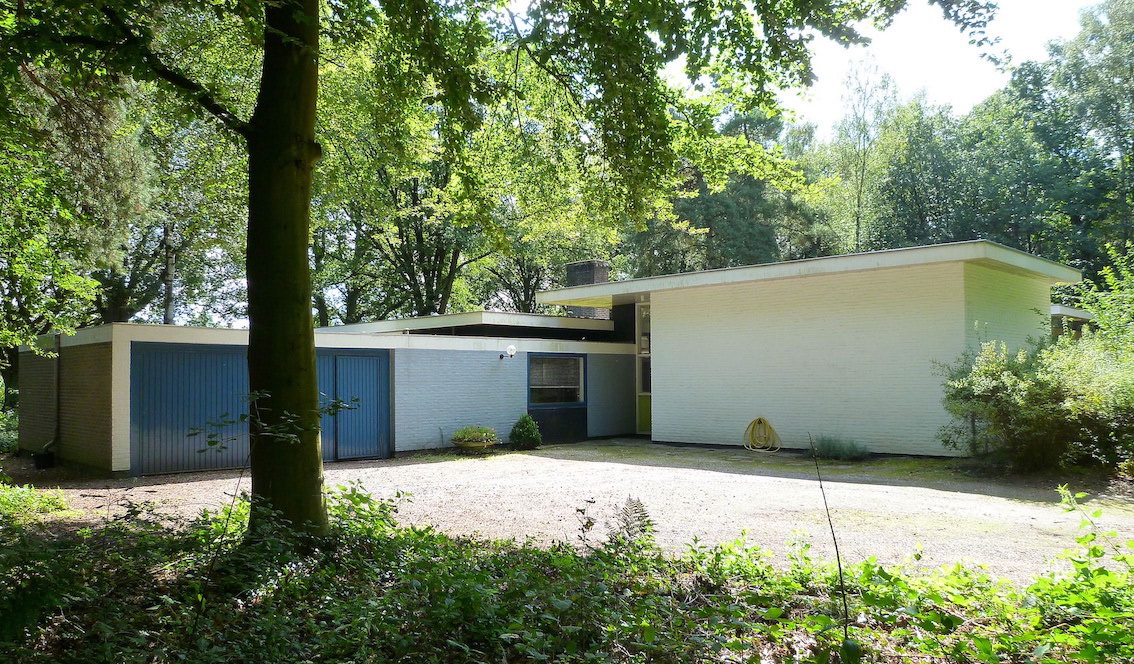 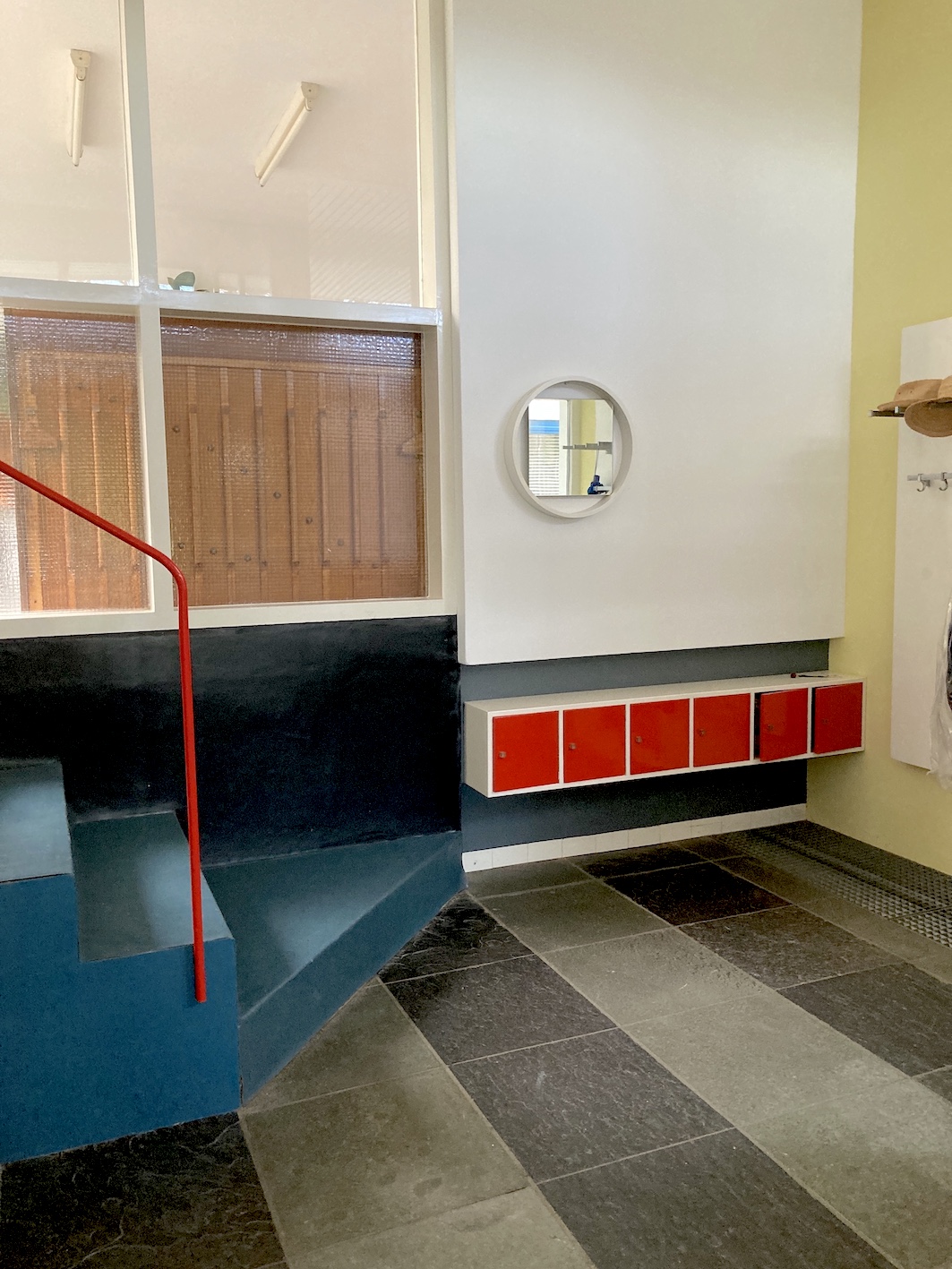 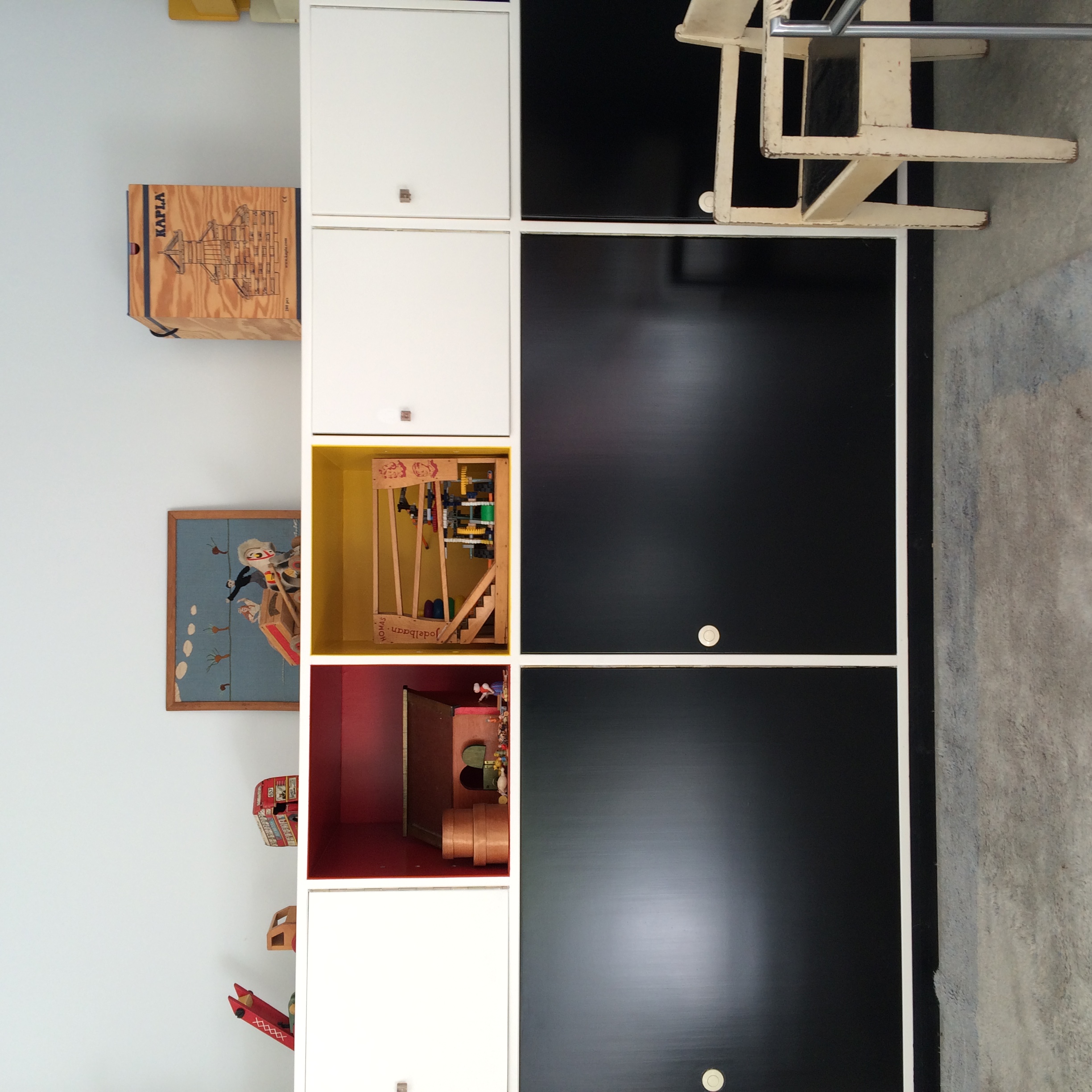 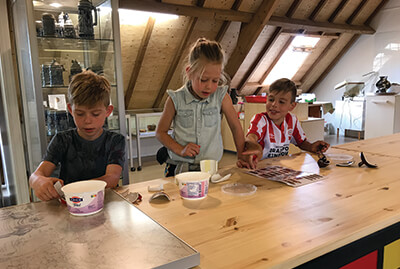 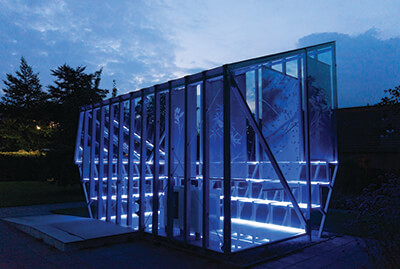 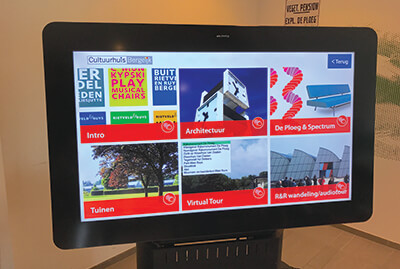 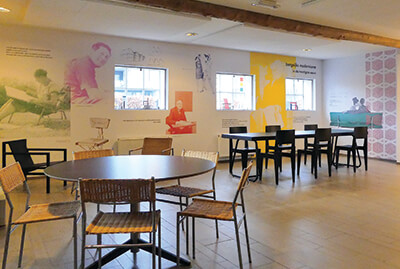 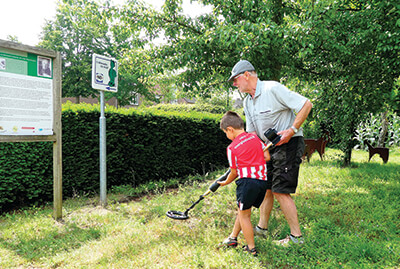 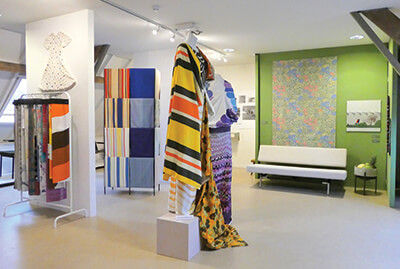 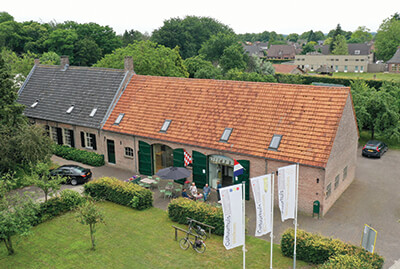 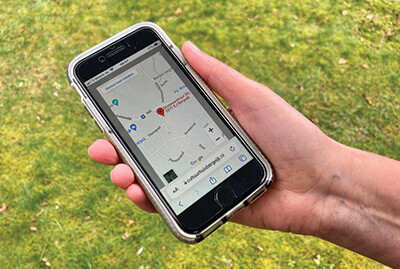 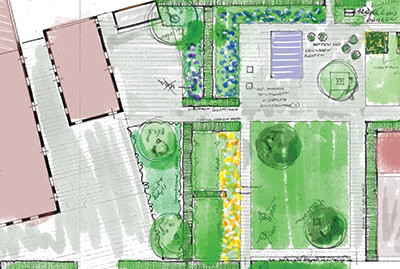 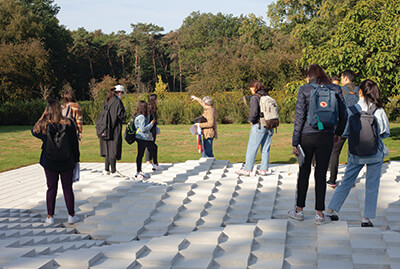 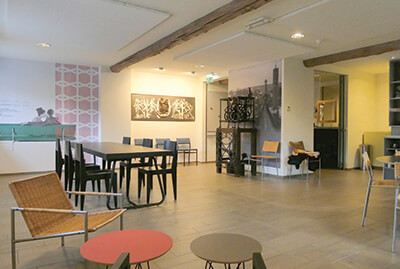 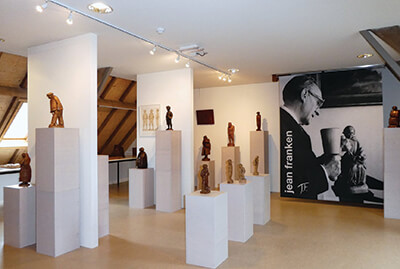